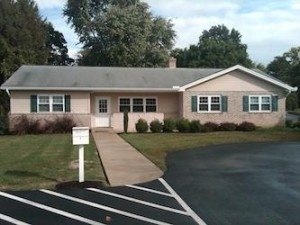 James Murdoch celebrated his 25th anniversary in the insurance industry in 2014. Jim began his insurance career in 1989 when he joined his father and brother in the family agency in Harrisburg. He brought the beginnings of technology to the agency and became a go-to person for other Erie agents when it came to computer and technology issues. Prior to 1989 he was a retail manager with Toys R Us in the Philadelphia / New Jersey market.

Following his father’s retirement in 2000, Jim chose to open his own agency on the West Shore in Mechanicsburg. James B. Murdoch Insurance Group, Inc. opened in October of 2000. In 2007, agency growth permitted the acquisition of its current location at 4300 Carlisle Pike, Camp Hill PA 17011. In 2011, a satellite office was opened in Linglestown at 530 Lockwillow Ave, Harrisburg, PA 17112.

As President of his company, Jim takes great pride in providing the direction for growth of the agency. At its core, the agency uses technology to provide its clients top notch service, while bringing the best possible products to fit the needs of the customer. Today, the agency is 100% automated with an entire paperless system, cloud computing services, VOIP phone services, electronic newsletters, iPhone & Android agency apps, website integrations, social media, and much, much more for the benefit of all clients. Jim currently serves on Erie Insurance Group’s Information Technologies Task Force and the agency, itself, serves as a beta testing facility for Erie on many software platforms.

Jim is an avid road cyclist and enjoys his annual trek to the New Jersey Shore on his self-powered two wheels. James is a graduate of Harrisburg Area Community College with an Associates Degree in Business Administration. He is married with 2 children and 3 step-daughters and supports Harrisburg Area Community College, The University of Pittsburgh, and Virginia Tech through tuition payments for his children.

We are Independent Agents, free to choose the best carrier for your insurance needs. We do not work for an insurance company; we work for you. We work on your side when you have a loss and follow through to see that you get fair, prompt payment and service. James B. Murdoch Insurance represents a carefully selected group of financially strong, reputable insurance companies, therefore, we are able to offer you the best coverage at the most competitive price.

What is an Independent Insurance Agent?

When you decide to buy a car, you wouldn’t purchase the first one you see. What if one day the automobile industry decided to make only one type of car, one make and one model. You wouldn’t have a choice!

The same situation holds true for insurance. You need insurance to drive a car, to purchase a house, to protect your family’s financial future and to run a small business. But if there was only one insurance company that offered only one type of insurance, car insurance, home insurance or businessowner policy — you wouldn’t have a choice. The only solution would be going to that one company.

When you buy insurance, whether it’s for your home, your car or your business, you want an advocate who will properly assess the risks you face and give you an objective analysis of the marketplace, it’s up to you to make the final choice.